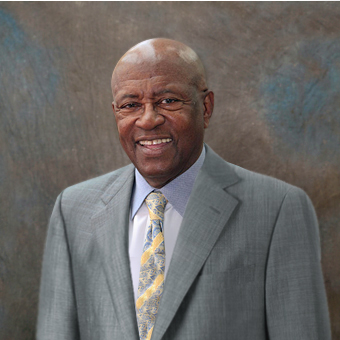 A Senior Advisor at Gray Global Advisors, Hon. Edolphus Towns, Jr. is instrumental in the development and execution of successful strategies on behalf of the firm’s clients and provides strategic direction to its business development, advocacy, and communications initiatives. Towns, a New York Democrat who served in the United States House of Representatives from 1983 to 2013, represented two congressional districts based in Brooklyn: New York’s 11th congressional district, from 1983 to 1993, and the 10th district from 1993 to 2013. Towns chaired the House Oversight and Government Reform Committee from 2009 to 2011. He retired from Congress in 2012.

Active in the Brooklyn Democratic organization, Towns won election as Democratic Party state committeeman for New York’s 40th district (Brooklyn) in 1972, and in 1976, he became the first African American appointed as deputy borough president for Brooklyn. In 1982, upon the resignation of Representative Frederick W. Richmond, a Democrat, Towns sought the nomination to fill the vacancy, won the primary by a plurality, and easily won the general election.

During his 30 years in Congress, Towns served on the House Energy and Commerce and Oversight and Government Reform Committees. His legislative accomplishments include the Student Right to Know Act, which mandated the reporting of graduation rates among student athletes and creation of the Telecommunications Development Fund, to provide capital for minority business initiatives. During the 103rd Congress (1993–1995) Towns pushed preventive medicine as an alternative to health care reform, sought money for funding poison-prevention programs, and worked to convince city planners to build new waste incinerators away from minority communities.

As a Member, Towns put particular emphasis on arguing on behalf of underserved Brooklyn communities, and has won recognition from several organizations for his efforts. The National Audubon Society honored him for his efforts to secure federal funds for the restoration of Prospect Park. Towns fought to have the Environmental Protection Agency test for contamination in neighborhoods outside of the borough of Manhattan in the aftermath of the September 11 attacks.

Prior to his election to Congress, Towns served in the U.S. Army for two years before moving to New York City where he taught at Medgar Evers College, Fordham University, and in the city’s public schools. From 1965 to 1975 Towns served as director of the Metropolitan Hospital and then assistant administrator at Beth Israel Hospital. In 1973, Towns earned a master’s degree in social work from Adelphi University in Garden City, New York. Towns has been married to the former Gwendolyn Forbes since 1960: they have two children, Darryl and Deidra.