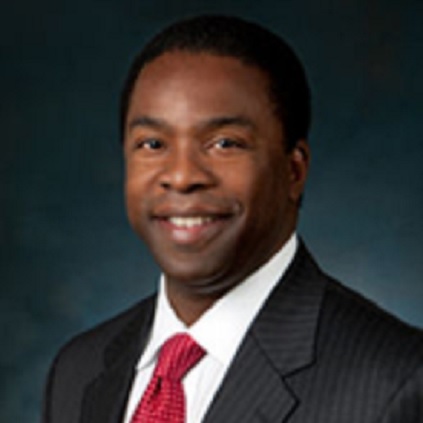 Alvin Brown is a Senior Advisor with Gray Global Advisors, providing national, state, and local government experience and expertise. He has a long and distinguished career engaging with governments and related stakeholder communities, both as an elected official and key staffer. In many of these roles, he has been responsible for coordinating outreach with state, local, and community interests on matters ranging from housing and infrastructure funding to disaster relief. Alvin became the first African American ever elected Mayor of Jacksonville, as well as the first Democrat elected since 1991. He was sworn in as mayor on July 1, 2011 and served to 2015.

During his early career, Alvin worked in several capacities for various elected officials including U.S. Senator Bill Nelson (D-FL). In the Clinton administration, his experience included advising Department of Commerce Secretary Ron Brown, and Secretary of Housing and Urban Development Andrew Cuomo. Also during the Clinton administration he served as: Deputy Administrator for Community Development, Rural Business and Cooperative Development Services at the Department of Agriculture; Assistant Director of the Office of Special Actions at the Department of Housing and Urban Development; Executive Director of the White House Community Empowerment Board; Co-Chair of the White House Task Force on Livable Communities; and Senior Advisor for Urban Policy and Vice Chair of the White House Community Empowerment Board.

After serving in the Clinton administration, Alvin’s professional activities included: Executive in Residence at Jacksonville University’s Davis School of Business; President and CEO of the Willie Gary Classic Foundation, a scholarship organization focused on historically black colleges; Executive Director of the Bush/Clinton Katrina Interfaith Fund, which oversaw distribution of more than $20 million in rebuilding funds to houses of worship throughout the Gulf Coast area; and Chairman of the Board of the National Black MBA Association.